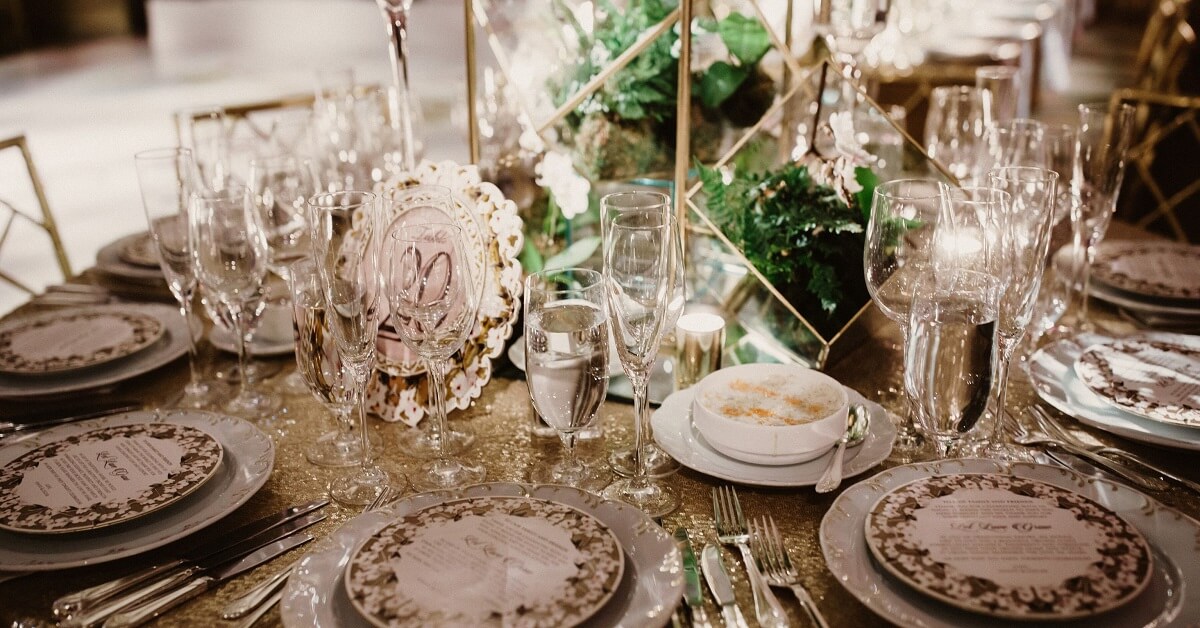 In the early days of our country, weddings were simple family or community affairs when two people stated their consent to marry. Modest feasts celebrated the union. The pomp and circumstance of today’s weddings wouldn’t evolve until much later.

In the years following the Civil War, aristocrats created social rules of behavior that set them apart from the middle classes. “Weddings became the focus of increasing amounts of ritual and etiquette,” said Alden O’Brien, curator of an exhibit on the history of the American wedding. “New wedding inventions introduced in this period included the wedding procession, the reception, cutting the cake, and holding the ceremony in a church, a public location that was subject to a more obvious display of expense.”

Still, the masses celebrated with modest ceremonies. The Depression took its toll on brides, all the way up until World War II, with many considering it their duty to give up what had become known as a traditional wedding and marry in simple ceremonies wearing their best dresses or suits.

After the war, money flowed and times were good. Large dream weddings took center stage in the 1950s and have continued to grow. At last count, the average cost for a wedding in the United States was $23,867, according to a 2010 report.

The Evolution of the Event

The wedding itself has changed over the years. Reception times have grown longer. The wedding has become more about the party afterward than the ceremony that precedes it. It’s not uncommon to have half of the total wedding budget go to just the reception.

Moreover, for many, the wedding is no longer a one-day affair – it’s grown into a wedding weekend with expensive festivities lasting three days or more. It’s estimated that guests will spend $500 to attend a wedding these days – and that figure doesn’t even include plane tickets.

The good news is that the trend of the millennial wedding is toward everything simple and elegant. From ring styles to cakes and bouquets, less is more, and with the right planning, your bank account can reflect the savings.

As with the ’90s, the wedding is all about expressing the personal identity of the bride or the couple getting married. Why some brides continue to purchase cookie-cutter dresses, cakes, and other goods and services is beyond me. The options these days are limitless. Brides don’t have to settle for standard department store fare.